This news article is related to:

This news article is related to:
Primaniyarta Award
Ministry of Trade and Industry, Indonesia
2019 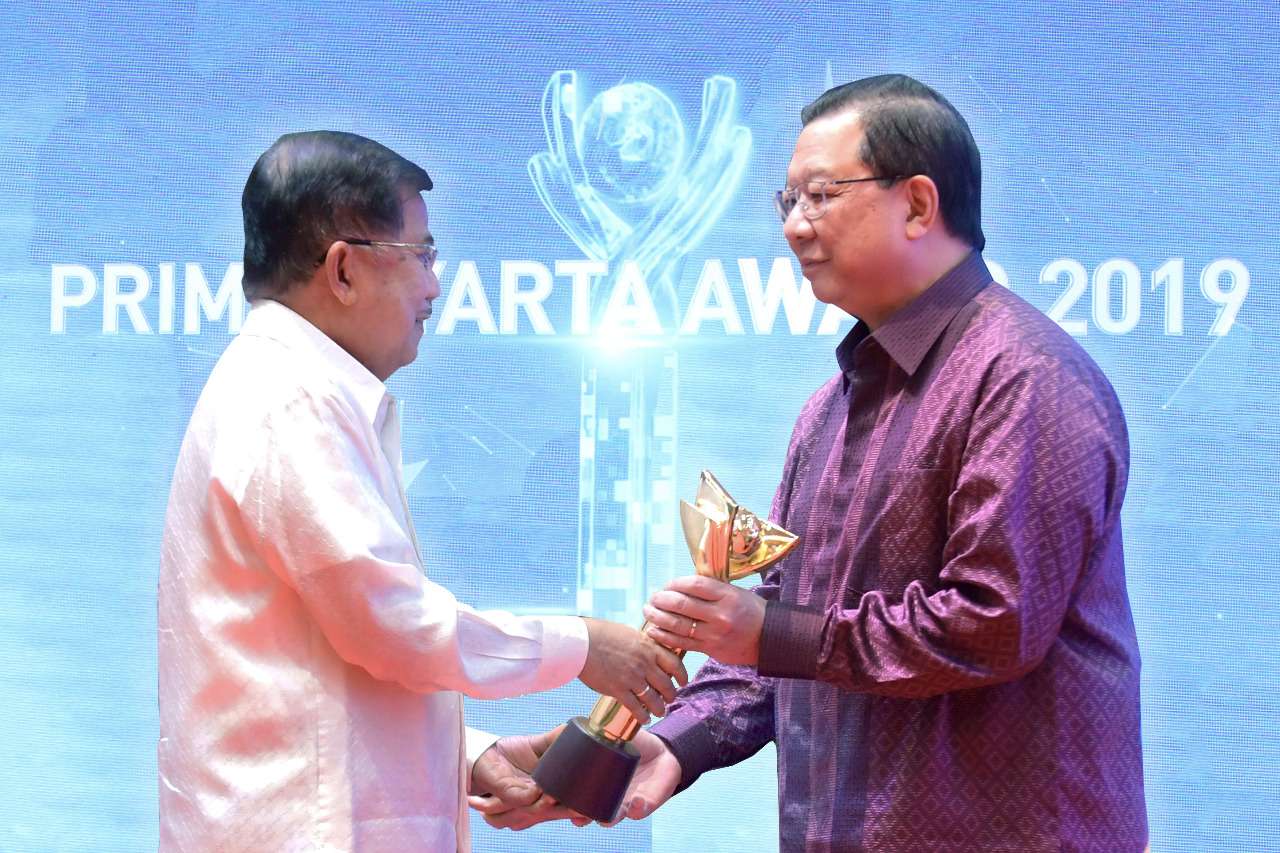 PT Ferron Par Pharmaceuticals won the 2019 Primaniyarta award for the Global Brand Builder category. The award was given by the Vice President of the Republic of Indonesia, Mr. HM Jusuf Kalla to Dexa Group Leader Mr. Ferry Soetikno, at the opening ceremony of Trade Expo Indonesia, at ICE Bumi Serpong Damai Banten, on Wednesday, October 16, 2019.

Primaniyarta is the highest award given by the Government of Indonesia to exporters who are considered the most accomplished in the export sector and can serve as role models for other exporters. This Primaniyarta Award is an annual routine activity organized by the government through the Directorate General of National Export Development, Ministry of Trade of the Republic of Indonesia.
​
“In this event, of course, the most prominent thing is once again we want to convey to our trading partners and the world the potential and continuity of our trade and industrial capabilities. And also the progress that Indonesia has made in various fields so that it can increase trade and of course the shared economy,” said Mr. Jusuf Kalla in his speech.

In the Global Brand

Builder category at the 2019 Primaniyarta event, there were four other finalists who managed to qualify for the nominations after going through a series of judging processes. Ferron became the best finalist in this category.

Become a World Class PlayerFerron’s success in winning the Primaniyarta 2019 award is due to the tenacity and persistence taken to penetrate the market with strict pharmaceutical industry regulations such as the UK, the Netherlands, and Poland.
​
“This success has made Ferron the first Indonesian pharmaceutical company to develop Metformin diabetes products with Sustained Release technology that have successfully penetrated the UK, Netherlands and Poland export markets,” said Dexa Group Leader Ferry Soetikno at the Trade Expo Indonesia event at ICE BSD Tangerang, Banten. , October 16, 2019.
​
Some of the important key factors are price competitiveness, production facilities with a good quality system and culture, as well as product development competencies that comply with regulations and standards applicable in the European region. Not only that, Ferron carries out commitments in terms of finding sources of raw materials that meet quality requirements, meeting the requirements of good supporting documents, registering intellectual property rights, and consistently building commitments in product development competencies in accordance with regulatory habitats supported by Research and Development infrastructure, as well as natural resources. competent human.

In March 2008, PT Ferron Par Pharmaceuticals received a satisfactory predicate from the audit results of the Medicine and Healthcare Products Regulatory Agency (MHRA) as the agency authorized to deal with drug problems in the UK and finally on July 21, 2008 succeeded in making its first export to the UK.

The high demand for Metformin products for diabetics has made Ferron products very important in the UK. Ferron is the number two pharmaceutical company in the UK with a market share of around 25% for Metformin Sustain Release products.
One of the drugs produced by Ferron, namely Metformin Sustained Release, known as the Glucient SR brand, is used in the National Health Care System in the UK. This product is used to treat diabetic patients in the UK whose prevalence reaches 6% of the total population.