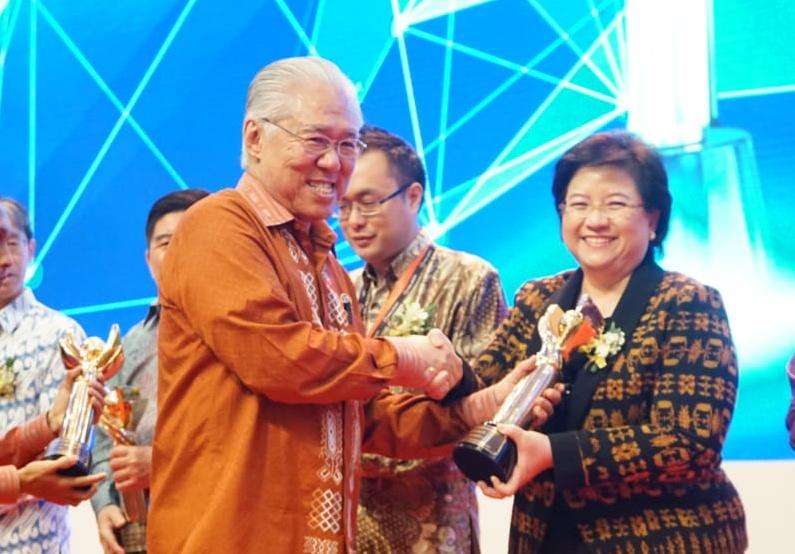 For the second time, Dexa Medica won the Primaniyarta award from the Ministry of Trade of the Republic of Indonesia. The prestigious Primaniyarta 2018 award for outstanding exporters was handed over by the Indonesian Minister of Trade, Mr. Enggartiasto Lukita to the Director of Dexa International Business, Mrs. Gracianti Soetikno, at the 2018 Trade Expo Indonesia, ICE BSD, 24 October 2018.

According to Mrs. Gracianti Soetikno, BOSKA’s success in entering the Nigerian market is due to an effective marketing strategy. “We always do research to identify local insights and culture, so that BOSKA gets a bigger market share,” he said. BOSKA, which is currently one of the market leaders for headache drugs in Nigeria, Africa, has been marketed since 1996. In the future, BOSKA is expected to be marketed more widely in the African continent and will be exported to Canada.

President Jokowi Visits Booth of Dexa Medica
At the Trade Expo Indonesia yesterday, Dexa Medica set up a booth to introduce Dexa Group products to potential buyers from within and outside the country. The President of the Republic of Indonesia, Joko Widodo, together with the Minister of Trade and the Head of the National Creative Economy Agency, Mr. Triawan Munaf, and a group of ministerial officials, were pleased to visit the Dexa Medica booth and chat with the CEO of Dexa Group, Mr. Ferry Soetikno.

During a visit to the booth, Mr. Ferry Soetikno expressed his hope that modern herbal medicines made from natural ingredients native to Indonesia, produced in Indonesia by Indonesian scientists, could help the government’s program in the National Health Insurance program. Regarding the participation of Dexa Medica, President Joko Widodo welcomed the efforts of business actors in the pharmaceutical sector to develop self-sufficiency in domestically produced drugs.

Currently, medicines made from natural ingredients such as Stimuno, which has obtained a Phytopharmacy certificate for the production of natural ingredients from Indonesia, have been exported to various countries in Asia such as Singapore, Cambodia, the Philippines, and Myanmar. Corporate Communications Dexa Medica