DLBS-Dexa Medica Achieve an Award from the Ministry of Health 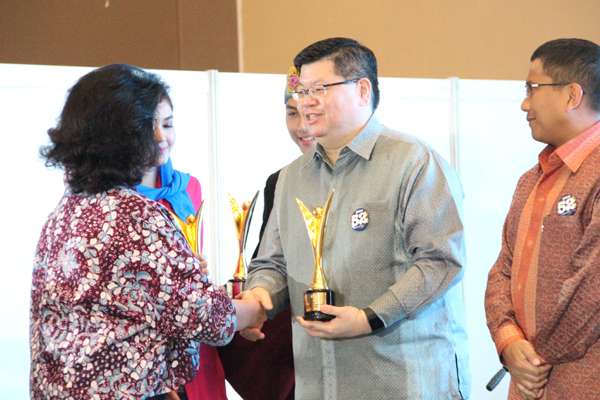 Dexa Laboratories of Biomolecular Sciences (DLBS) A research-based organization for discovery, development, and production of pharmaceuticals, biopharmaceuticals, and nutraceuticals, which holds the highest degree of scientific innovation, excellence, and integrity in its actions was appreciated by gaining “Karya Anak Bangsa Award” in the categories of Pharmacy and Medical Devices from Ministry of Health of the Republic of Indonesia during the 52nd National Health Day.

The award was handed over by the Minister of Health, Nila Djuwita F. Moeloek SpM(K), and accepted by the Director of DLBS, Raymond Tjandrawinata, Ph.D., MBA, FRSC., during the Health Development Exhibition that was held in the 52nd National Health Day series of event at JIEXPO Kemayoran, Jakarta, Friday, November 18, 2016.

This exhibition also presented innovative products that were the work of the Indonesian people to encourage the researcher to accelerate the down streaming of their research results. Corporate Communications Dexa Medica