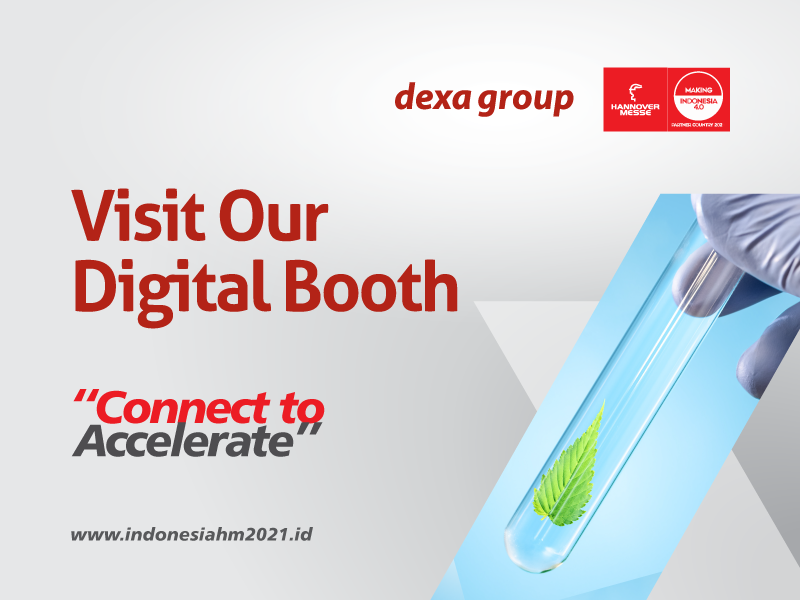 Indonesia is the Official Partner Country in the 2021 Hannover Messe. During the 72 years of holding the Hannover Messe, the health sector appeared for the first time this year and Dexa Group took part. Dexa Group carries the proud product of the innovation of the nation’s children, Indonesia Indigenous Modern Medicine (OMAI) which is displayed at the world’s prestigious Hannover Messe 2021 exhibition.

“The theme of Hannover Messe 2021 is “Transformation of Technology” which is very relevant to the current pandemic situation. And, during a pandemic, technological transformation, especially digital technology is increasingly important. The technological transformation that creates momentum is not only bringing the world out of the pandemic but at the same time making a big leap into the world. in the future,” said Indonesian President Joko Widodo (Jokowi) in his opening remarks at the Hannover Messe, Monday (12/4/2021).

President Jokowi then emphasized the importance of strengthening research to support the development of industry 4.0. German Chancellor Angela Merkel, who also gave the opening remarks, said she was ready to become Indonesia’s partner.

Meanwhile, the Indonesian Minister of Health, Budi Gunadi Sadikin, said that this was the first time the health sector had played an important role in the Hanover Messe. The Minister of Health also explained the Presidential Instruction of the Republic of Indonesia No. 6 of 2016 concerning the acceleration of the development of the pharmaceutical and health industries.

“We (Indonesia) will present our new discoveries in the pharmaceutical and medical device industry, in accordance with the theme carried by Indonesia, namely Making Indonesia 4.0,” said the Minister of Health.

On the same occasion, the Minister of Research and Technology of the Republic of Indonesia, Prof. Bambang Brodjonegoro, believes that the Hannover Messe event can be a medium to meet international partners. “Our ministry is very proud to expose a number of achievements from Indonesian Innovation that will support the Industrial Revolution 4.0,” said the Minister of Research and Technology.

Then the Minister of Industry of the Republic of Indonesia Agus Gumiwang Kartasasmita said, Indonesia has a prospective economic outlook and is home to 270 million people, with 70.7 percent of whom are in the productive age. “We hope that through Hannover Messe 2021 it will open a world view of the great potential of Indonesian industry in establishing partnerships towards Industry 4.0,” said the Minister of Industry.

Director of Dexa International Business Mr. Anndy Sinarta Sembiring emphasized that Dexa Group’s participation in Hannover Messe 2021 is a valuable moment for Dexa Group itself and for Indonesia. “This is an opportunity for the Indonesian health sector, especially the pharmaceutical company Dexa Group, we can show the world that we have pharmaceutical products that are the result of innovation by the nation’s children,” said Mr. Anndy.

1. Inlacin which was developed from the bioactive fractions of the bunggur (Lagerstroemia speciosa) and cinnamon (Cinnamomum burmanii) plants which have been clinically tested to reduce blood sugar levels.

3. Redacid developed from the bioactive fraction of cinnamon (Cinnamomum burmanii) which has been clinically proven to be able to help overcome gastric disorders

4. Stimuno which was developed from the bioactive fraction of green meniran (Phyllanthus niruri) and has been clinically tested for 17 years is able to improve the immune system or as an immunomodulator.

7. HerbaPoten, which was developed from the extract of the tongkat ali plant (Eurycoma longifolia), is able to increase male sexual stamina and performance.

8. Dismeno which is developed from the extract of the crown of the gods (Phaleria macrocarpa) to reduce pain and inflammation.