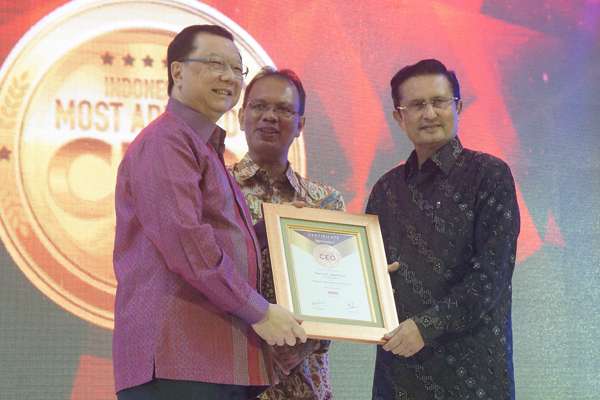 The Vice President of the Republic of Indonesia, H.M. Jusuf Kalla was attending the event and gave his keynote speech at the opening of the event. He said that the challenges faced by today’s CEO were very different than the challenges a few years ago. The new challenges, among others, are the slowing down of international trade, declining commodity prices, and the national financial market that keeps on doing a structural reformation.

“Because only the strong CEO that could win the hard competition in the narrow market or the CEO that could increase their company in the middle of gradual economical weakening,” said Jusuf Kalla.

To get the Most Admired CEO candidates, the research team use qualitative and quantitative methods. The qualitative research method was conducted by doing desk research to get an initial picture of the company’s performance in 2016.

The desk research result becomes the starting material for the qualitative research process in the next step on October 3-18, 2016. The quantitative research was done by phone interviews with the respondents that were scattered in five major cities in Indonesia.

The Indonesia Most Admired CEO Award 2016 is an appreciation to the best CEOs in Indonesia who are able to bring their companies to become the best company in their field so they become the admired CEO in the mind of their employees. The Admired CEO award is expected to become a benchmark for managing their business better in the future. Corporate Communications Dexa Medica